I'm honestly so excited to finally be able to share this with you guys. The whole year I'd been looking forward and planning my interrail trip, so it feels really strange to have done it. It's been 3 of the best weeks of my life and I've seen some of the most beautiful cities. Of course, I will be sharing the whole journey with you, which might take a while due to the extreme amount of photos I have to go through and edit. I hope you're as excited as I am about this, let's get started with the first city: PARIS.

Before even getting there my sister and I had decided not to go into any of the museums due to our limited time there. We had booked a hostel 3 minutes away from Gare de Nord, where we arrived on the Eurostar, which was quite nice considering the weight of our backpacks. So we dropped off our stuff and started going exploring, walking all the way to the city centre to save some money. Not sure if it was the best idea in the extreme heat but we did it anyway. It enabled us to get to know a different side of Paris, walking through the side streets where you will find more locals.

Our first stop was the Louvre which is located within a beautiful palace, so if you don't know where to look, it's pretty hard to find. I've been to Paris before and been inside the Louvre, so we skipped it this time. To be completely honest, as great as the Mona Lisa might be, it is a very small painting that is hard to see at busy times, so I suggest to research the best time to visit the Louvre. 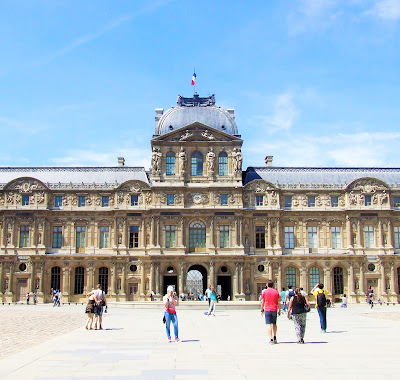 After we just explored Paris' riverside, which by the way has lots of drinking fountains alongside so make sure to bring a refillable water bottle. It will be a lifesaver if you're there in the summer. 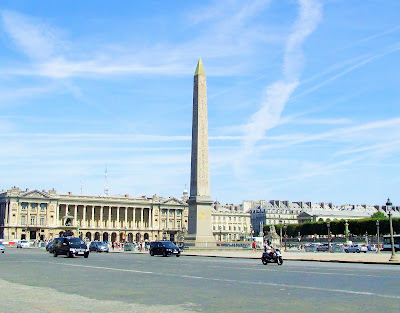 I had written down before the trip everything I wanted to see in each city, so we just marked the sights on the (free) map we got from the hostel and it was super easy to find everything. Anyway we crossed over the Pont Alexandre III which is one of the most beautiful bridges in Paris and made our way to the Notre Dame. On our way there we passed the former love bridge, which they sadly rid of the padlocks due to their weight. However we still found quite a few on a view plateau near the Notre Dame, which I sadly can't find the name of anywhere.

At that point we'd been walking for at least 5 hours so decided visit the Luxembourg Gardens and then finally get dinner in the Latin Quarter, which supposedly had cheap food (just we couldn't find it). On the note of food, be prepared that Paris' restaurants are very expensive almost everywhere! We tried to research cheaper options before but were left without solutions. Oh also, if you don't like mustard, don't eat salad in Paris. I was taken by surprise and was starving so had to eat it. And finally, if you want good, cheap ice cream, don't go to Paris :D


The next day we first walked up to the Sacre Coeur, which I didn't think it would be worth it (I'm so ignorant) but it totally was! Just a heads up that there will be people trying to sell bracelets which they try put straight onto your arm but you have to pay as soon as it's there. So however hard they try (which is very hard) DO NOT let them put it on. Anyways the view from the top of the hill was breathtaking and worth the terrible walk up the stairs in the blazing sun! 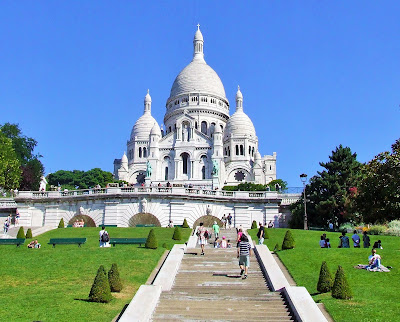 If you walk down the streets from there you will even catch a glimpse of the Eiffel tower.  Next was the Moulin Rouge, which wasn't half as impressive as I had thought.... Maybe at night. We then went to see the (as impressive as expected) Arc de Triomphe and took a look at the very posh shopping streets around it. Seriously you cannot miss those streets when in Paris, if just to laugh about the ridiculous expensive shops, cars and restaurants there (We went past a street filled with Mercedes and Lamborghini). Make sure to look out for macaroons and buy some (if you can afford it). Or just take to take a picture of them as I did. 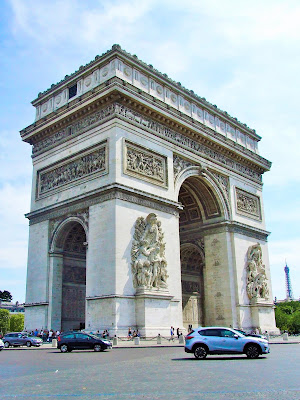 And then FINALLY we made our way over to the Eiffel tower. Make sure to visit the Trocadero on the opposite side of the river for the best photo opportunity of the Eiffel tower. The view was amazing and there were people swimming in the fountain lake underneath due to the heat. We then walked over to the Eiffel tower just to realise the queues were stupidly long, especially the ones for the lifts. Hence we had dinner first (warning: restaurants near the Eiffel tower are obviously even more expensive so it'll take a while to find a reasonable one). In the end we ended up just taking the stairs to the second platform and not go all the way up. Me having a phobia of heights played into that decision. Unfortunately we waited a bit too long to start to queue as we wanted it to get dark so the Eiffel tower would light up, so in the end the queue was super long (1.30hrs). The best time to go up seems around 6-8pm. Anyway we went up, it got dark, we saw the city all lit up - it was one of the best experiences ever. So beautiful and breathtaking. I actually felt alright on the first platform but the stairs to the second one were surprisingly long and I had a panic attack due to the height. Not a fun experience, trust me. Still, I'm glad I made it up there. It was worth every second of the effort it took to get there! 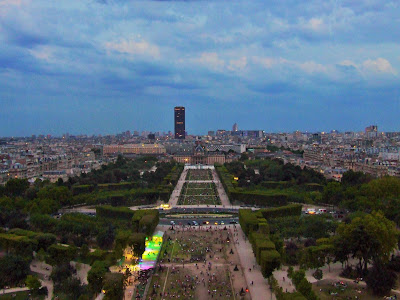 When we finally got down, the tower started sparkling as well and it was a sight I'll never forget!

Anyway that is the end of our Paris trip. After that we just went back to the hostel and caught a train early in the morning to Amsterdam. All in all I think the time was enough and we saw everything we wanted. An incredible start to an amazing journey. Stay tuned for the next part, I already gave away where it would be ;)