This was one of the cities I was most excited for. I'd heard so much about Amsterdam (one of my besties is dutch) and couldn't wait to explore it myself. We only had one afternoon and one morning in Amsterdam since it isn't absolutely packed with sights. Surely you could spend days exploring the beautiful small streets, but we were happy with the time we had.

When we first stepped out of the train station, my sister and I just started laughing because of the sheer amount of bikes absolutely EVERYWHERE. People on bikes run you over nearly every few steps and there's certainly more bikes than cars or pedestrians. Anyway, after the initial shock we found our accommodation, which was situated really close to the red light district, so right in the centre of Amsterdam. This was by far our worst accommodation of the whole trip, the room was tiny and a bit mouldy and only accessible by insanely steep stairs. When I climbed them with my heavy backpack I almost fell straight down again. I am honestly not exaggerating!

Anyways we started exploring straight away. Amsterdam is just SO photogenic, like all the little streets with the canals, bikes and flowers everywhere are adorable. 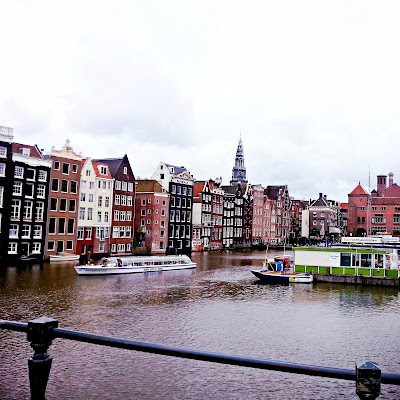 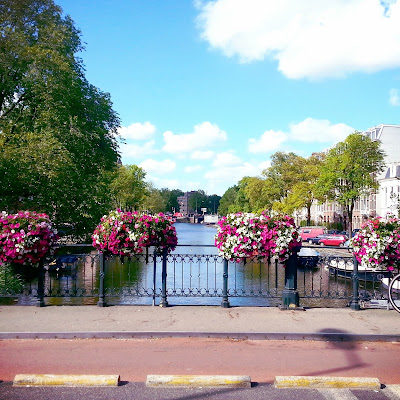 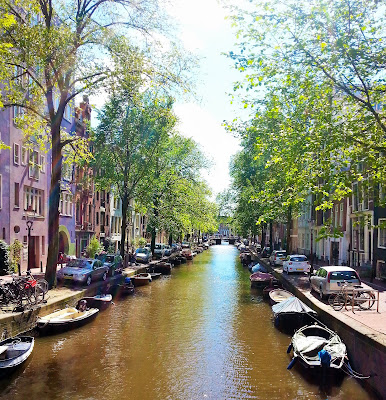 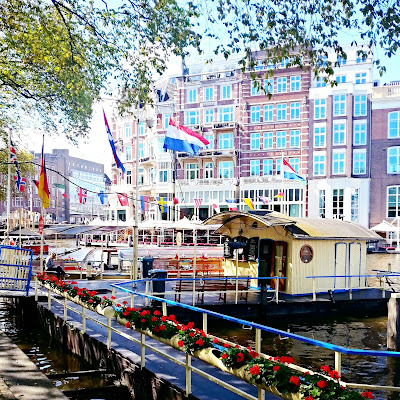 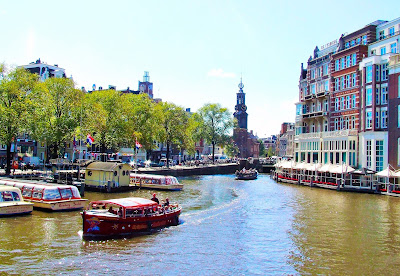 We had planned on hiring bikes, but sadly they were quite expensive and everything in Amsterdam is in walking distance anyway. So first we went to the Albert Cuypmarkt which is a flea market. You will find tons of little markets all around Amsterdam, each selling a collection of vintage clothes, shoes, souvenirs and everything weed. Weed lollipops, weed pipes, weed flavoured gum - you name it. I used to think people exaggerated when talking about Amsterdam and the amount of weed there but it really is true. Trust me.
Then we made our way south to the Rijksmuseum to see the famous I AMsterdam letters. They were pretty impressive, although it was so busy there you couldn't get a proper picture. The area there was also beautiful, food stands everywhere (which is always a plus) and a big park surrounded by the museums. Again, we didn't go into any, but they looked really pretty from outside :D 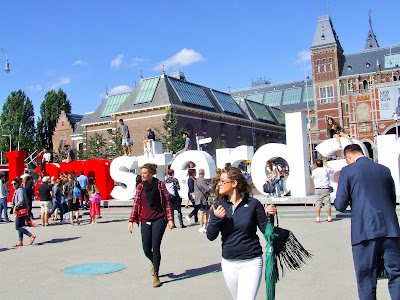 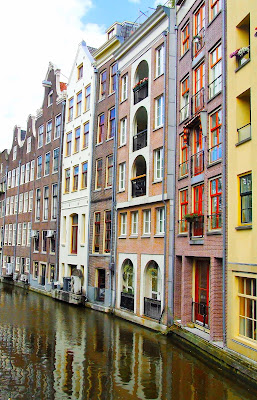 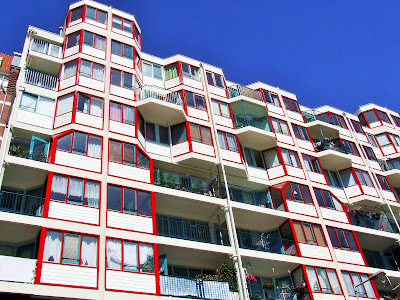 In the evening we went back up towards the red light district (cause you have to have seen that at least once in your life). The dutch seem to looove their steakhouses, so that's where we got dinner. It was delicious! We also found a posh truffle shop... 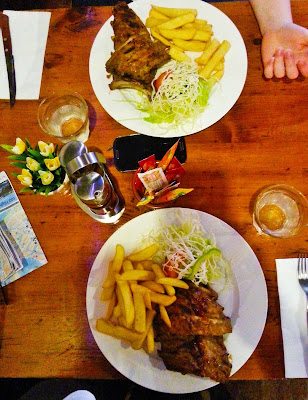 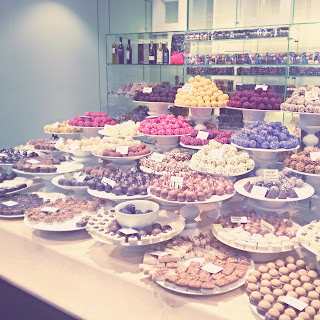 And then the sun went down and the red light district came to life. I don't know how to describe it, but I just found it disturbing. You could take part in lots of tours through the district, if you're interested in the history of it.
That was the end of the day, although I think I slept a total of four hours because of the extreme noise level outside of the hostel till about 4am.

The next day we had planned to visit the Anne Frank House. I had researched it a bit and thought it would be enough to be there half an hour before it opens. Definitely wrong. When we got there, there was already an insanely long queue. The security said that from where we were standing we'd have to wait 4-5hrs. It was ridiculous. So important tip: Buy your tickets online 2-3 days in advance! You will get to skip the queue and not have to wait 3 hours like we did. It was worth it, but queueing just isn't fun.
The house from outside isn't spectacular and inside I wasn't allowed to take photos. We were told to walk through the house at our own speed and there were films and stories everywhere. It was a pretty emotional and surreal experience which you just can't miss when you're in Amsterdam.

That was our last stop in the Dutch capital. After, we hurried to catch our train. It's an amazing city that I'd visit again anytime. Have you been to Amsterdam? What was your favourite thing about the city? Stay tuned for the next interrail post, guess where we took the train to ;)